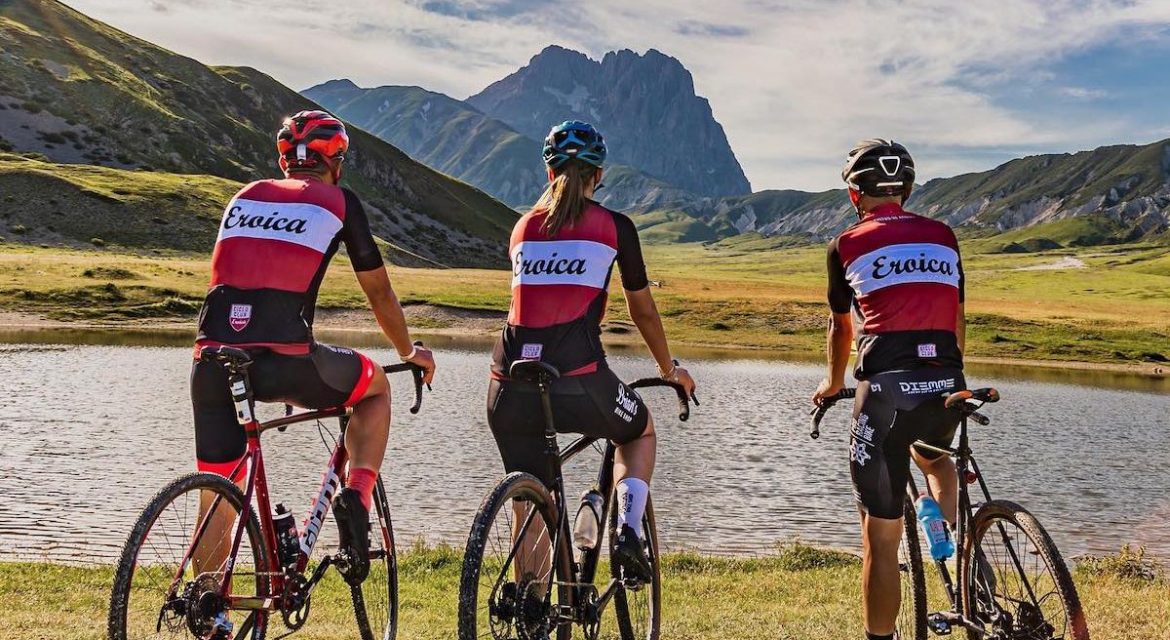 L’Eroica is a cycling event, born from an idea of Giancarlo Brocci and other people, which has been taking place since 1997 in the province of Siena. It has the particularity of evoking the cycling of the past, with routes that take place largely on dirt roads with bicycles and vintage clothing. It is always held on the first Sunday in October.

The event is open to all those who participate with vintage racing bikes that meet specific criteria:

– gear levers on the down tube of the frame;

– brake wires that come out of the levers and pass externally to the handlebar;

– wheels with at least 32 spokes and low profile rims.

The departure is in the form known as French, that is free within a certain time slot (usually at dawn). Passage checks are carried out by affixing a stamp on the roadbook provided by the organization. There is no final ranking but only a list of finishers is published in alphabetical order with the route taken by each competitor.

On the route there are numerous refreshments with typical local products.

The departure takes place in Gaiole in Chianti. The paths wind through the Chianti area and others towards Siena, the Val d’Orcia up to Montalcino and the Crete Senesi, with numerous ups and downs and sometimes with steep slopes and difficult to tackle with the racing bikes of the past.

Most of the paths and dirt roads in Tuscany are open to traffic and can also be traveled on by motorbike all year round. Unpaved terrain is mainly suitable for enduro, maxi-enduro and other motorcycles equipped with suitable tires.

Bike To The Future this year will take care of the cycle workshop in Asciano! 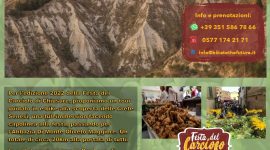 After two years of stop, the Artichoke Festival returns to Chiusure, in the municipality of Asciano (SI)

Become a part of our community!
Registration complete. Please check your email.
Lost your password?

Recover your password
Password reset email has been sent.
The email could not be sent. Possible reason: your host may have disabled the mail function.
Log in
×
We use cookies on our website to give you the most relevant experience by remembering your preferences and repeat visits. By clicking “Accept All”, you consent to the use of ALL the cookies. However, you may visit "Cookie Settings" to provide a controlled consent.
Cookie SettingsAccept All
Manage consent

This website uses cookies to improve your experience while you navigate through the website. Out of these, the cookies that are categorized as necessary are stored on your browser as they are essential for the working of basic functionalities of the website. We also use third-party cookies that help us analyze and understand how you use this website. These cookies will be stored in your browser only with your consent. You also have the option to opt-out of these cookies. But opting out of some of these cookies may affect your browsing experience.
SAVE & ACCEPT